Every year, finding out who the best Bronze Ball players are is a fun process. Their contracts are cheaper to renew and some of them can actually become great assets when fully trained.

Most of these players will be very cheap to scout and half of them can be obtained by simply combining free scouts. The downside is that their conditioning isn't usually as reliable as top players (so you'll never know which kind of arrow they will display before a game).

In this list, I always talk about Player Attributes, Player Skills, and Playing Styles, so have a look at those resources if something is unclear. 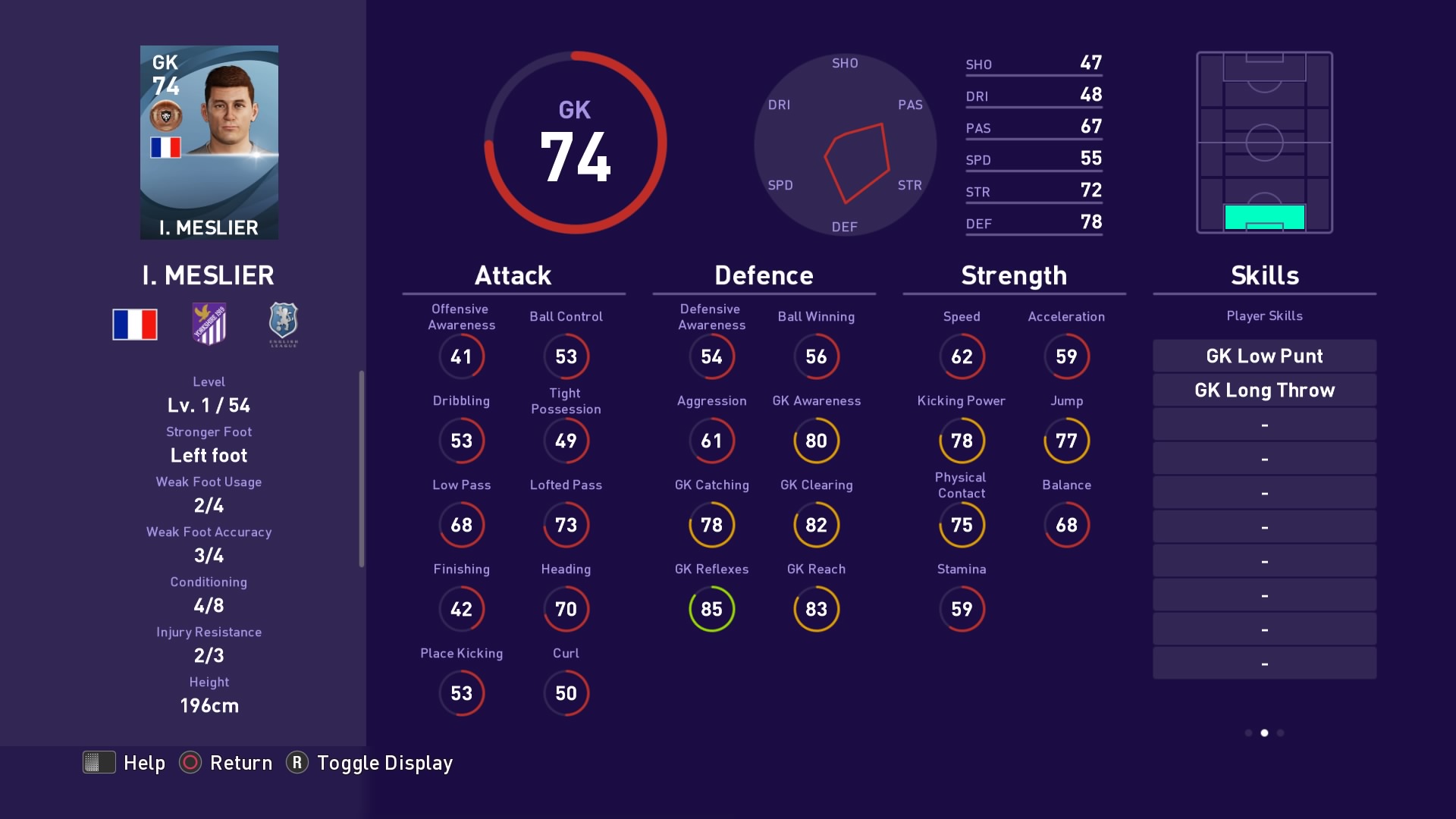 A very young Goalkeeper with some good overall goalkeeping skills and 2 of the most wanted skills for this position: "Low Punt" and "Long Throw". 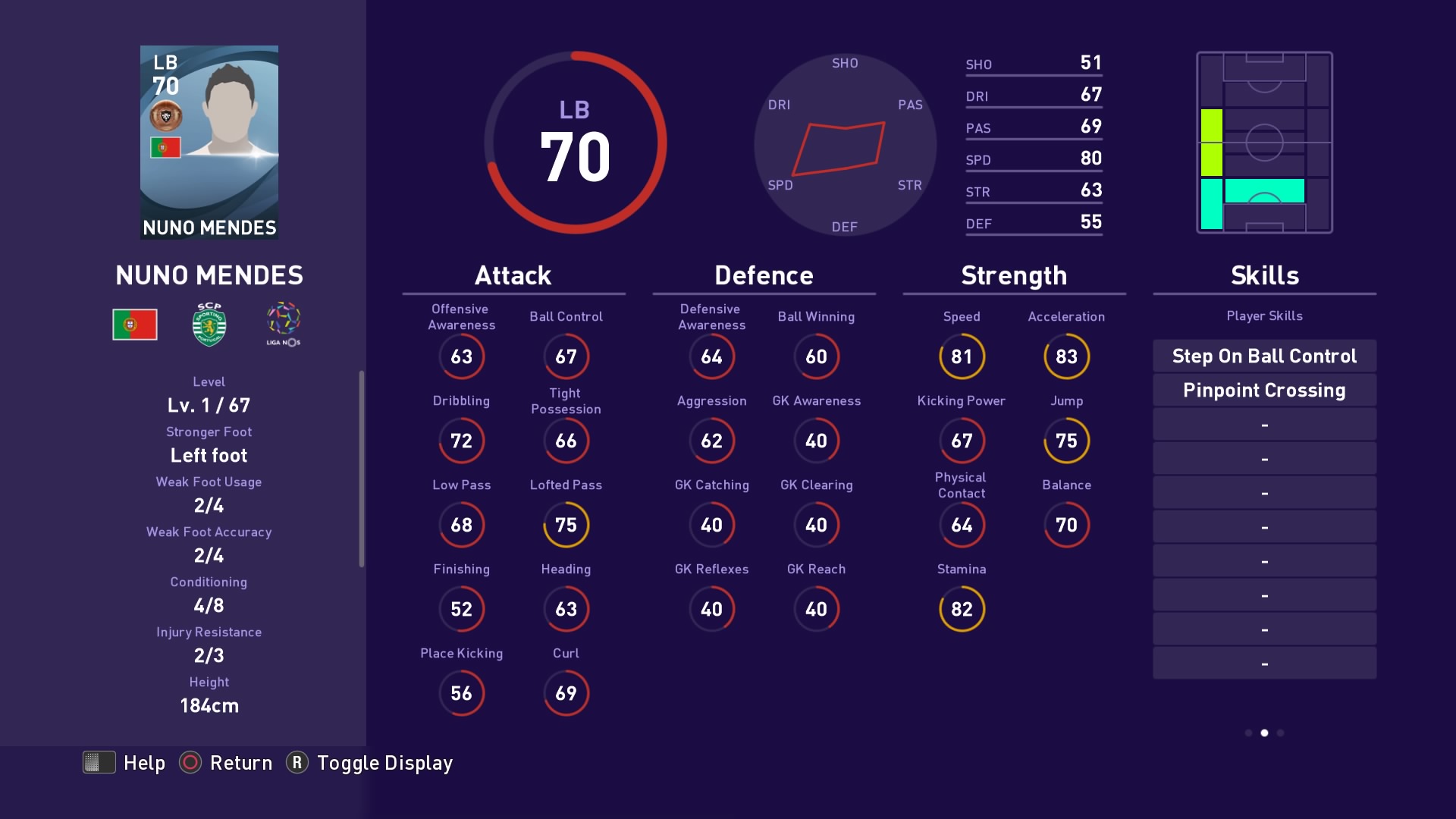 Sporting has a very promising Left-Back with outstanding Speed and Stamina for a Bronze Ball player. His "Pinpoint Crossing" is also a great skill to keep in mind. 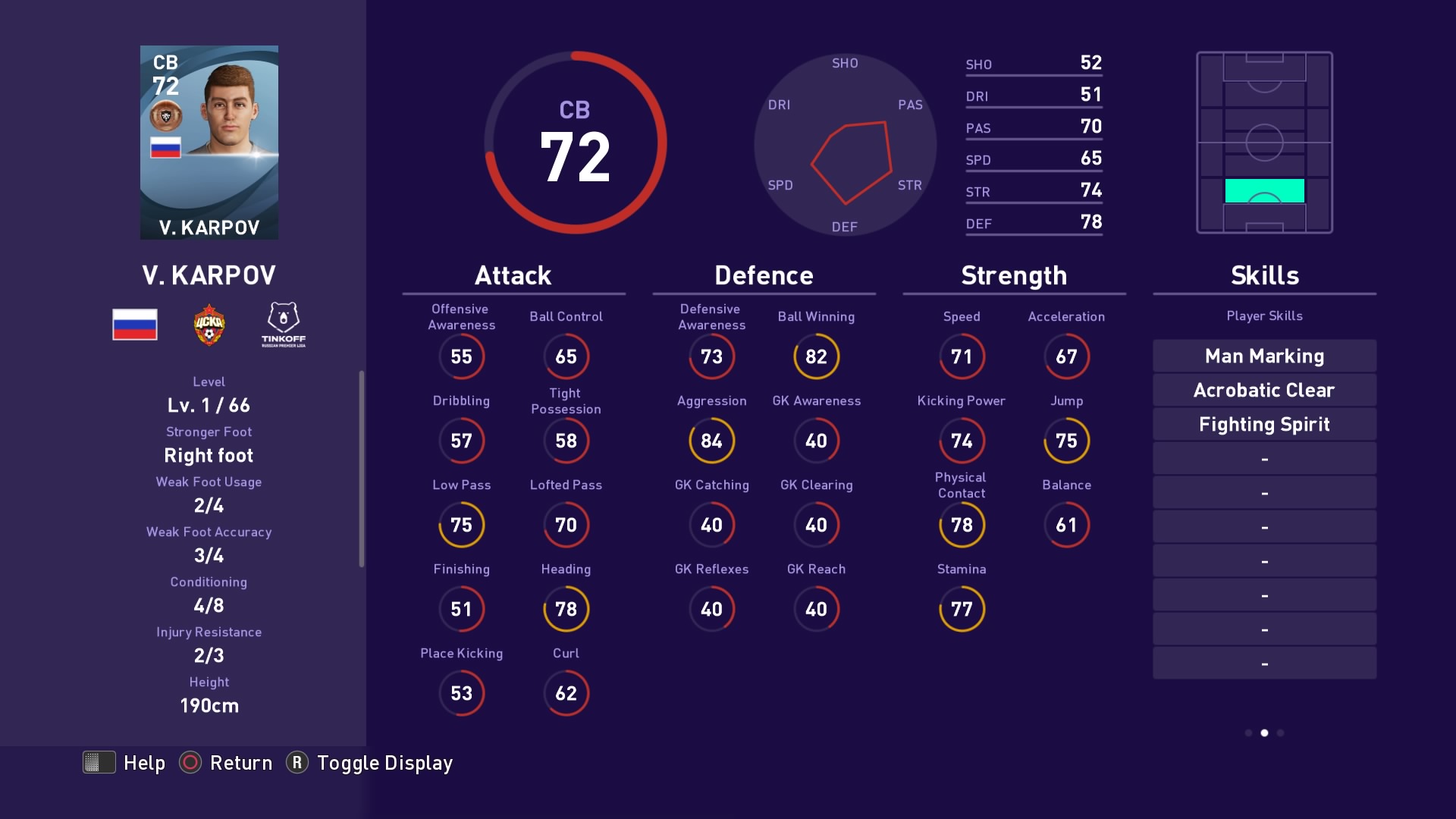 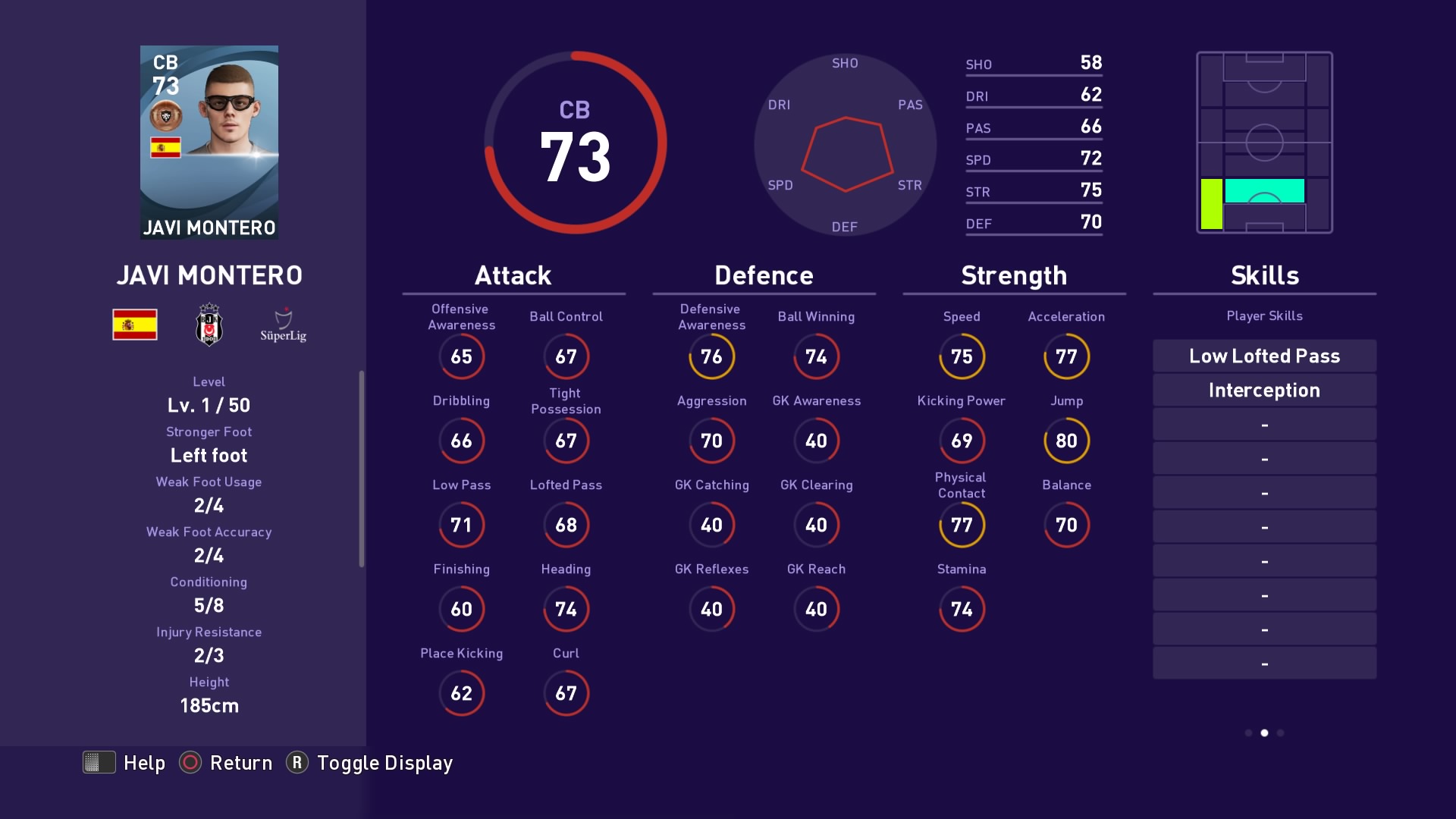 Another competent Centre-Back with glasses like the dutch legend Edgar Davids. Montero is a quick defender with some good overall defending stats and decent conditioning (5/8).

You can get him with free scouts by combining the following: 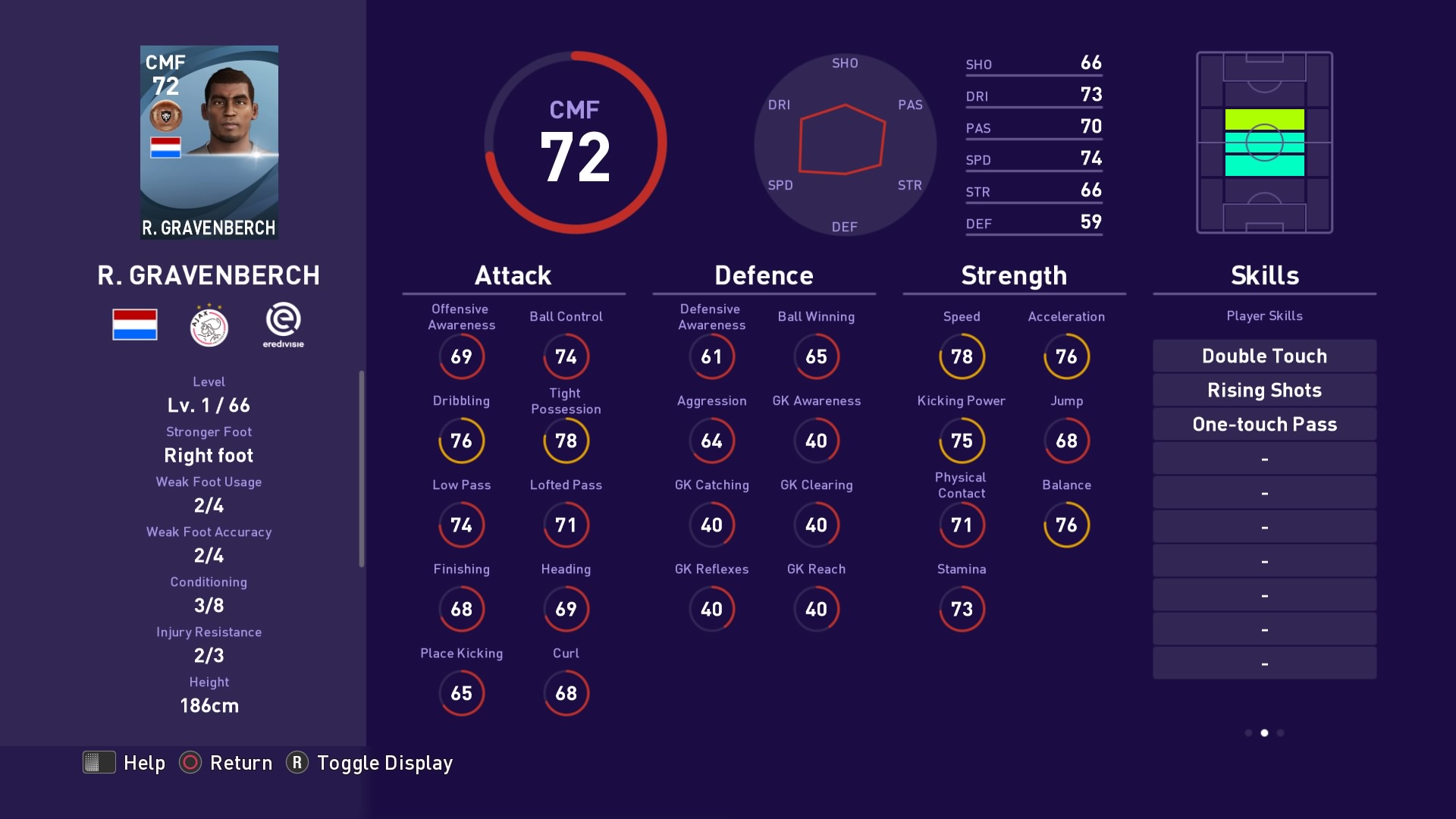 Ajax has a great history of young prospects, and Gravenberch looks like one of the best Bronze Ball players in the game.

When fully trained, you get a very complete Midfielder, who excels in speed and dribbling. The "Double Touch" is, in my opinion, the most important dribbling skill, and "One-touch Pass" is also very important for a midfield player. 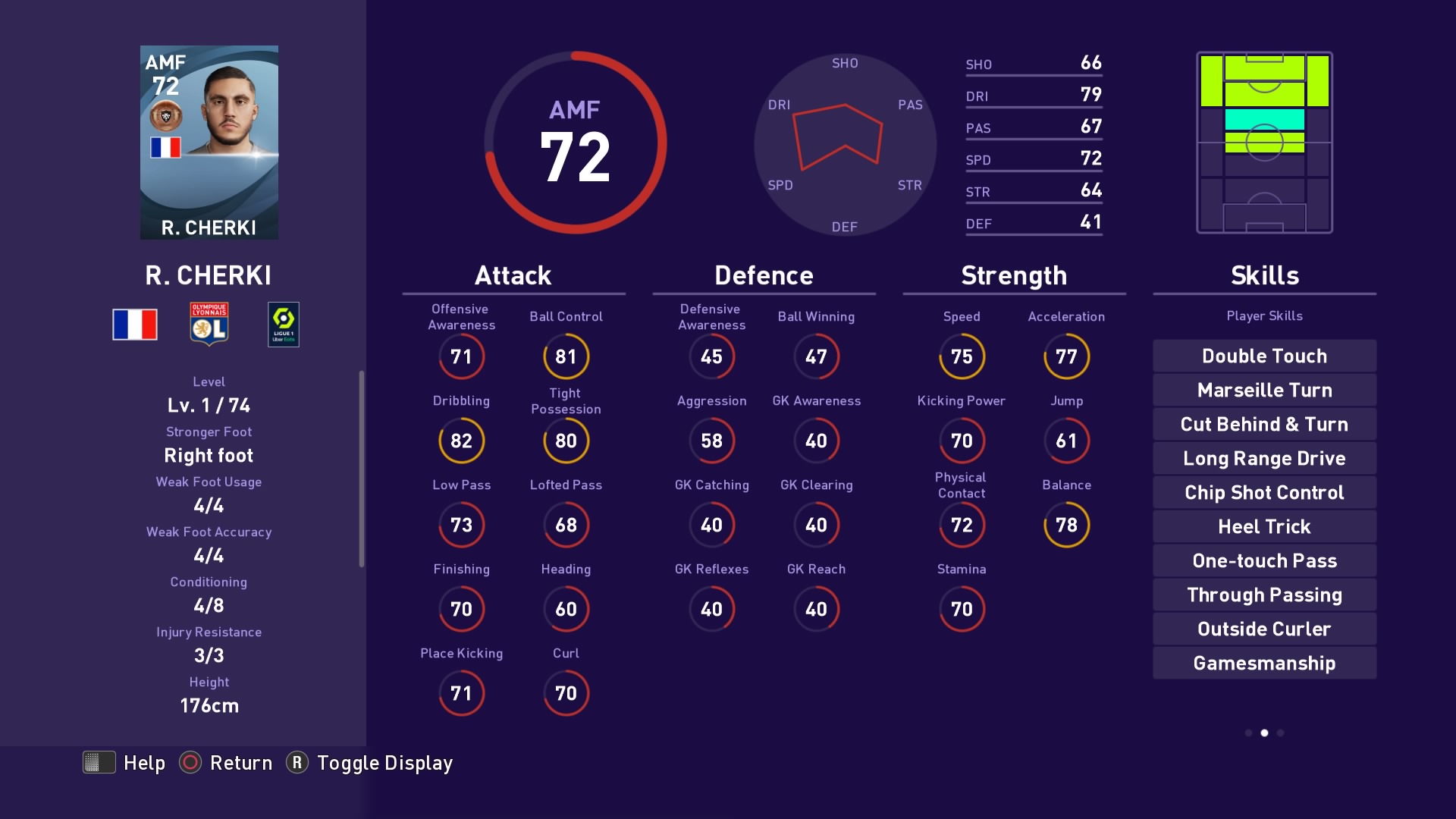 Cherki is a superstar in the making if you're willing to train him all the way to the max, with great dribbling stats and speed. The only thing that may let you down is his Conditioning (4/8).

With a perfect 4/4 weak foot and a wide range of dribbling, passing and shooting skills, you get a very complete Bronze Ball playmaker who can rival with many established black balls. This youngster from Sevilla excels at Speed and Dribbling when fully trained, and can play on both wings (both as LMF/RMF or LWF/RWF). However, pay attention to his weak foot; if you use him on the right, cut inside to shoot, just like Robben!

Diego Lainez also has a very complete set of dribbling tricks, including my favorite skill for wingers: the "Double Touch".

Alternative: H. Elliott (Liverpool) is even faster and better at dribbling, but has less skills and can only play on the right wing. 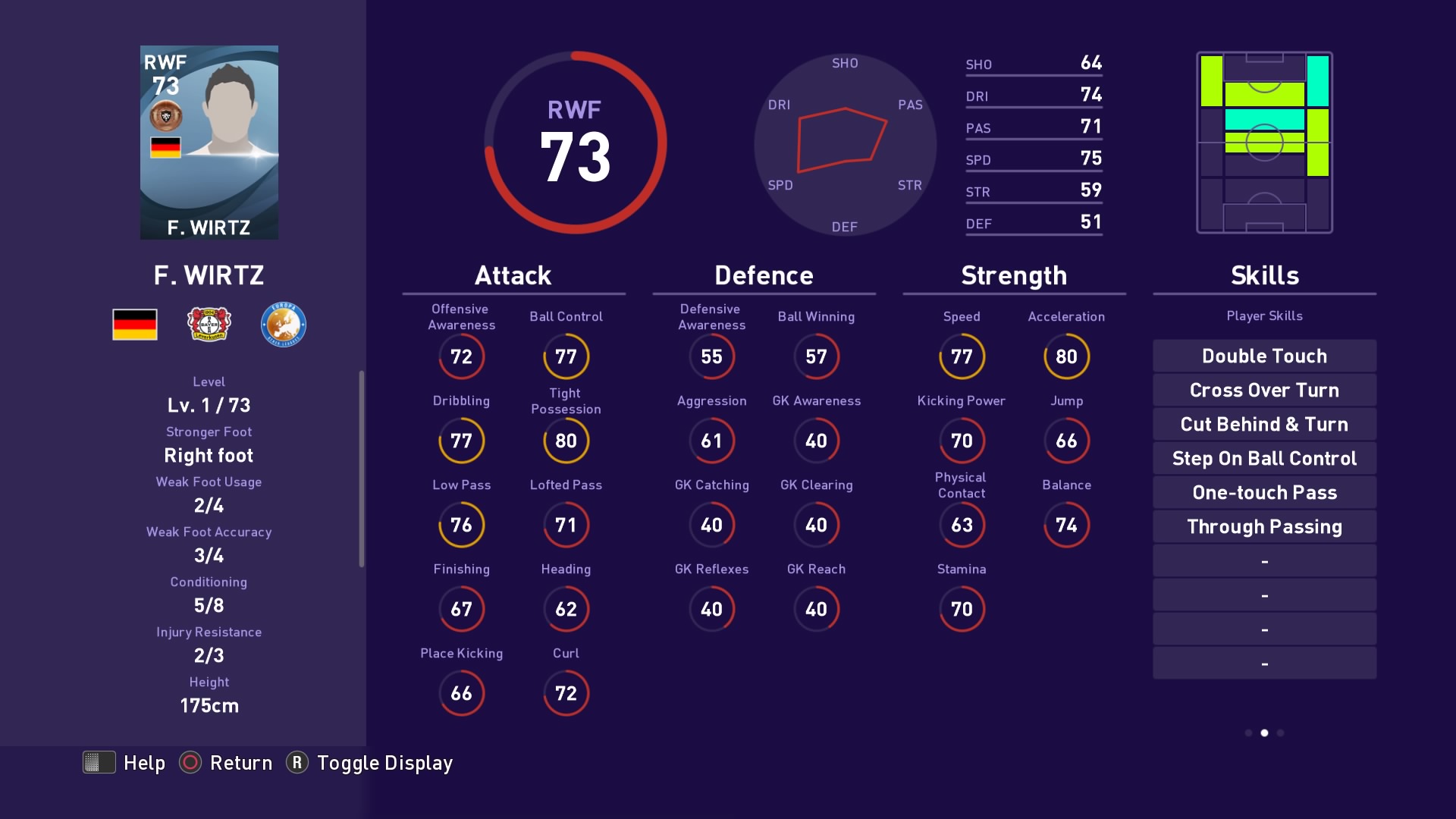 A very complete winger: good offensive awareness, great dribbling attributes and even better pace. His "Double Touch" skill is something I always look for, so Wirtz is someone to keep in mind.

You can get this player by combining 3 scouts (33% chance): Other (Europe) / RWF / Tight Possession. 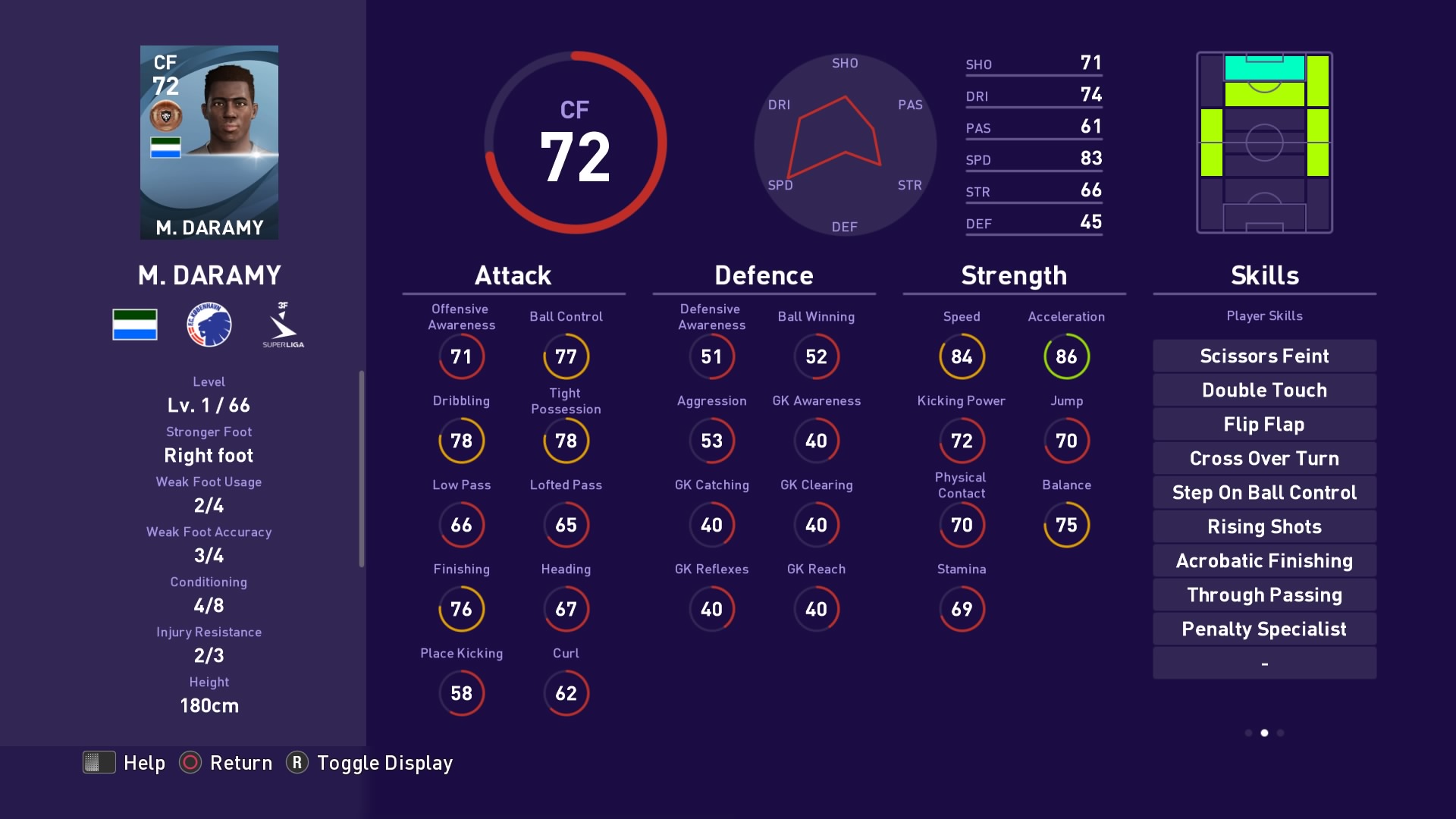 Daramy has some good dribbling attributes and very respectful finishing, but where he stands out is his speed (95+ on both Speed and Acceleration when fully trained).

He has some nice dribbling skills, such as the "Double Touch", "Flip Flap" and "Scissors Feint", along with "Acrobatic Finishing", so he can add some flair to your game as well.

Alternative: have a look at Marcos Paulo, featured in my list last year. A very decent striker, which you can easily train by combining any of these scouts (all 100% chance): 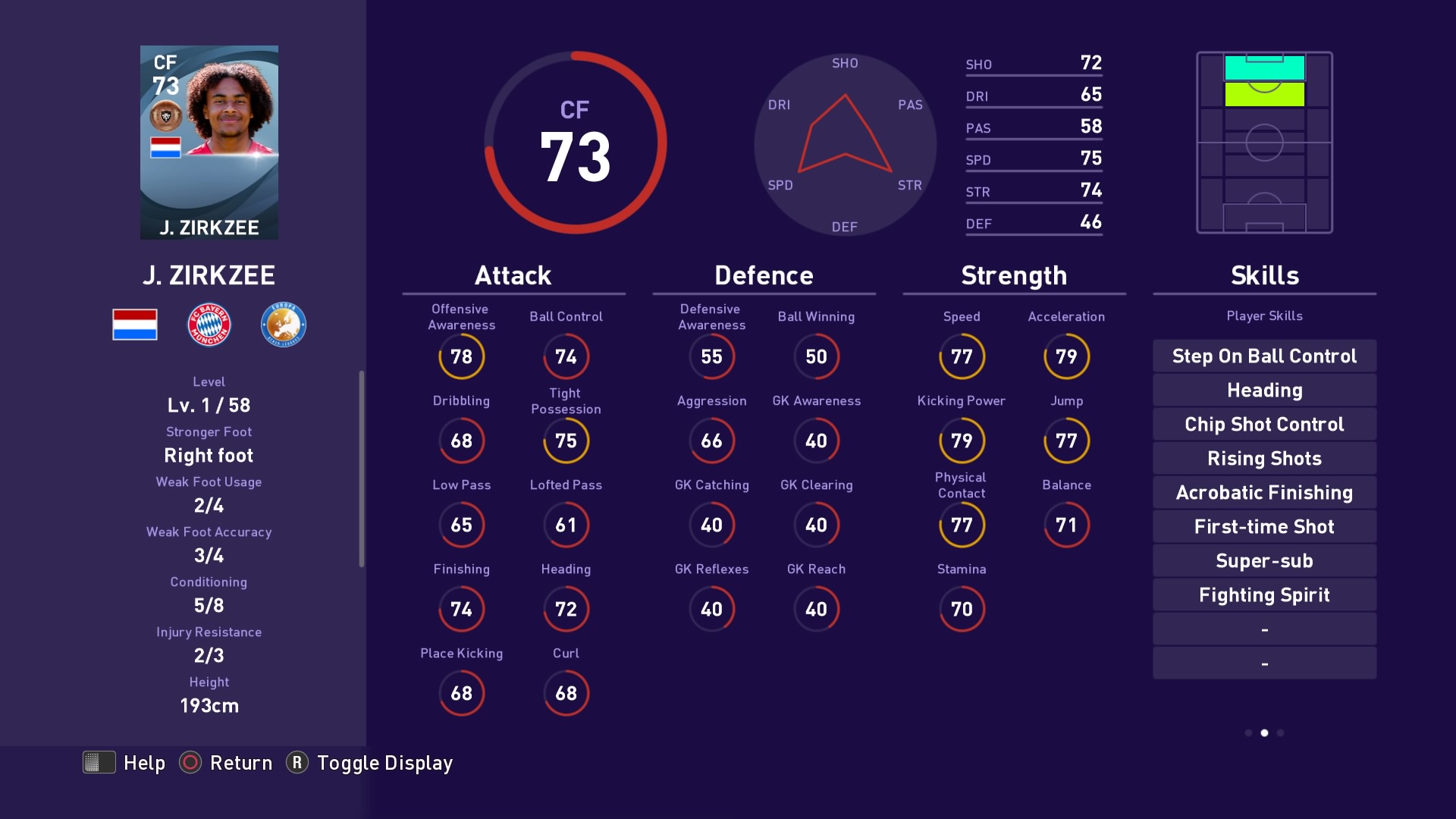 A promising striker from the Netherlands, Zirkzee has some good overall offensive stats, making him a very complete striker.

He has some very good shooting skills, such as "First-time Shot", "Rising Shots" and "Chip Shot Control", and has the "Super-Sub" skill, making him a good choice to come off the bench.

You can get Zirkzee by combining the following scouts (make sure you average only 2 stars): Other (Europe) / Acceleration / 1.85cm or more.

Alternative: Fábio Silva (Wolverhampton) is a similar striker, but with the "Fox in the Box" playing style.