You can trade 3 copies of the exact same player for a different player of the same rarity (level 1).

This means that if you have 3 Messis, you can swap for any other Black Ball, like Ronaldo. It's important to note that you cannot trade players for legends.

You can't scout players you already have in your club, so the only way you get 3 copies of the same player is by spinning Agents.

There are some additional things to keep in mind, and this is what creates some confusion among PES myClub players.

Assuming your 3 players fulfil these requirements, just go to the CONTRACT / TRADE screen and pick the player you want to trade.

In the image below, you can see that I was lucky enough to have 3 Ronaldos in the club, so I can select all 3 to trade that player for a different Black Ball. 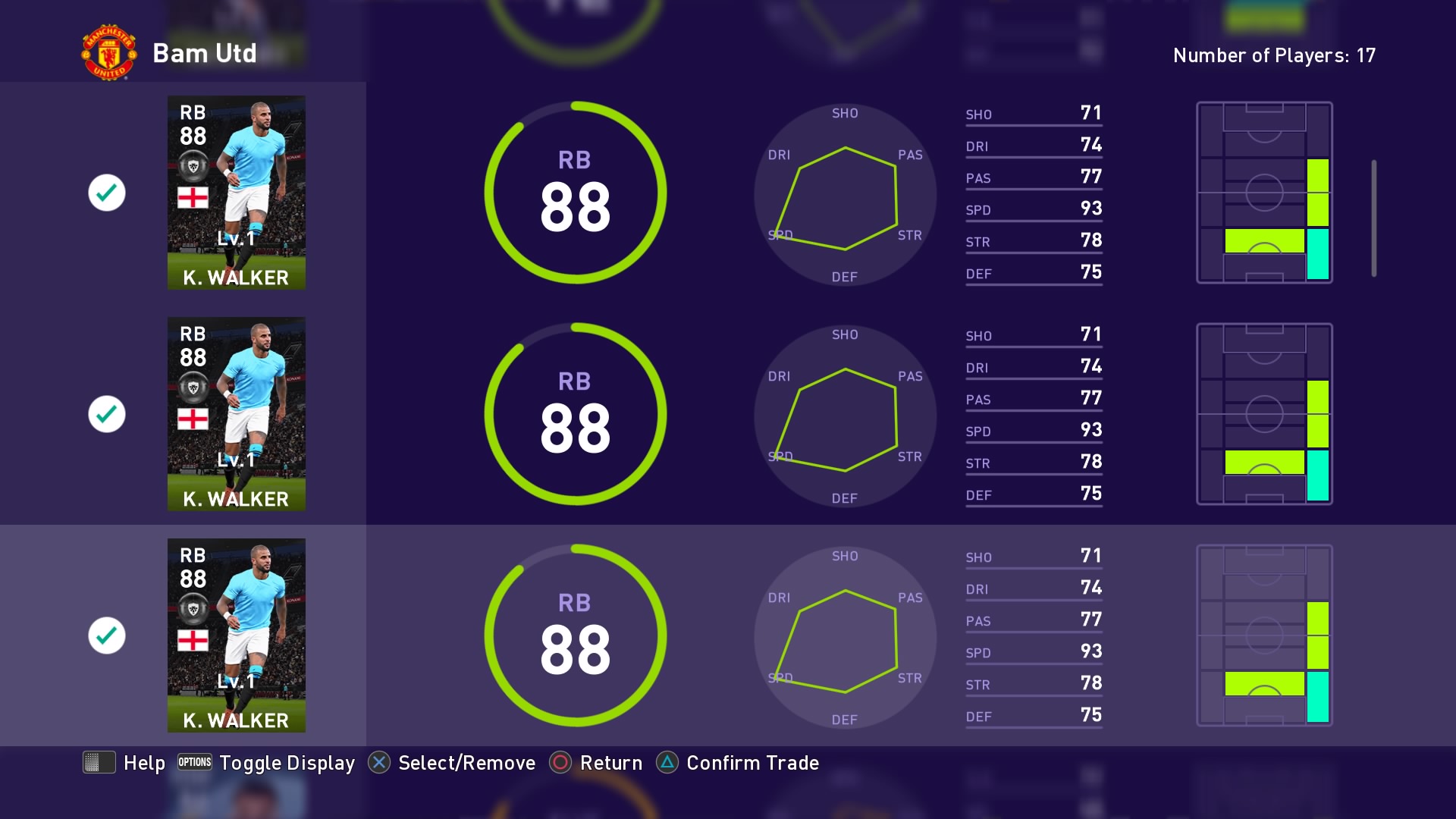 After you made the selection, press the "Confirm Trade" button and choose the player you wish to trade for. You will then get this confirmation screen to execute the trade. 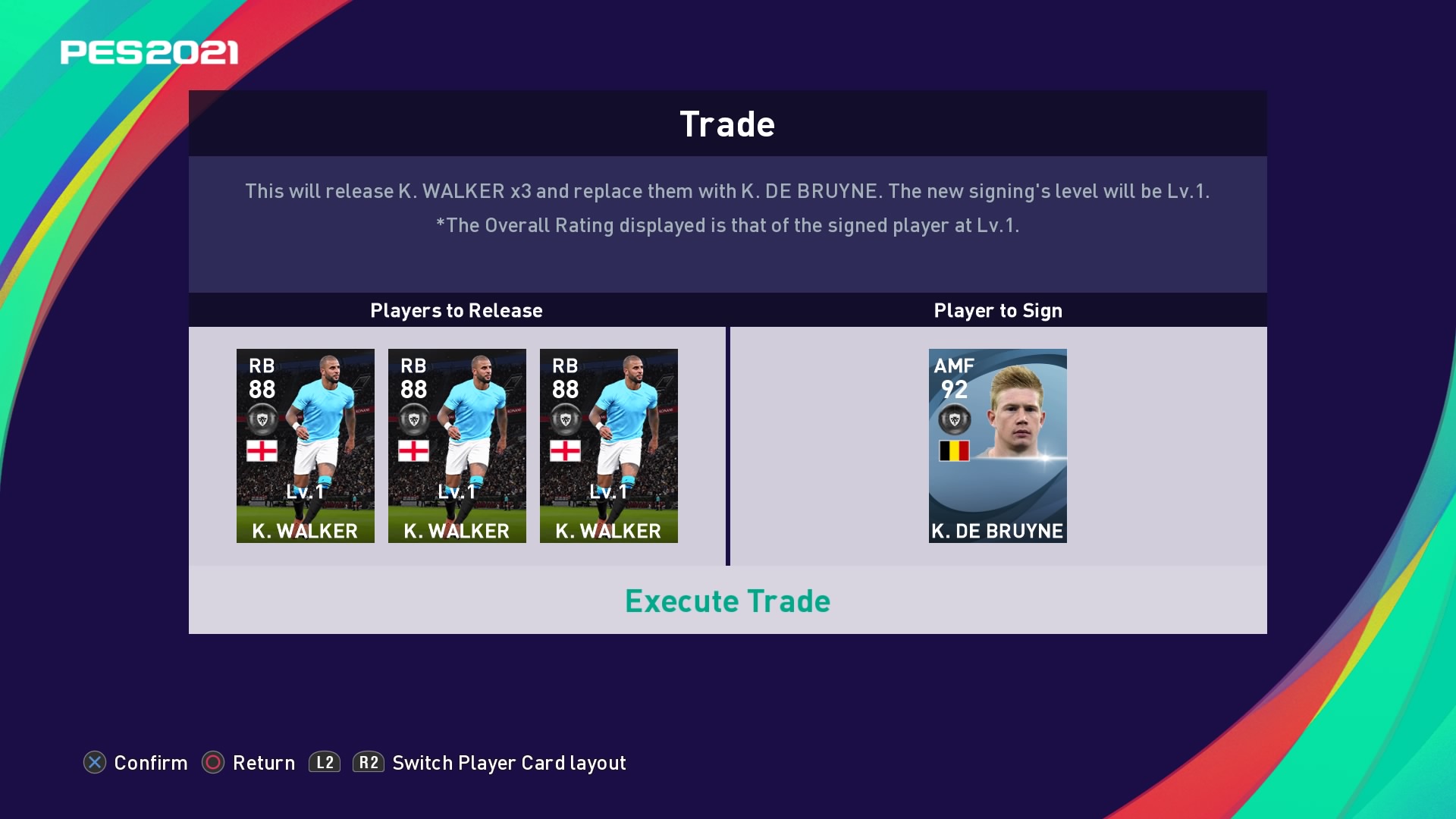 In the case of Featured Players, you won't be able to trade them unless you have 3 exact copies of that player. If you have just 1 replica (and you actually enjoy using that player), I would suggest you have a look at the Training Players section instead.

You will never get the chance to have another replicae once you spend all 3 attempts of that week, so training that player is probably your best action.