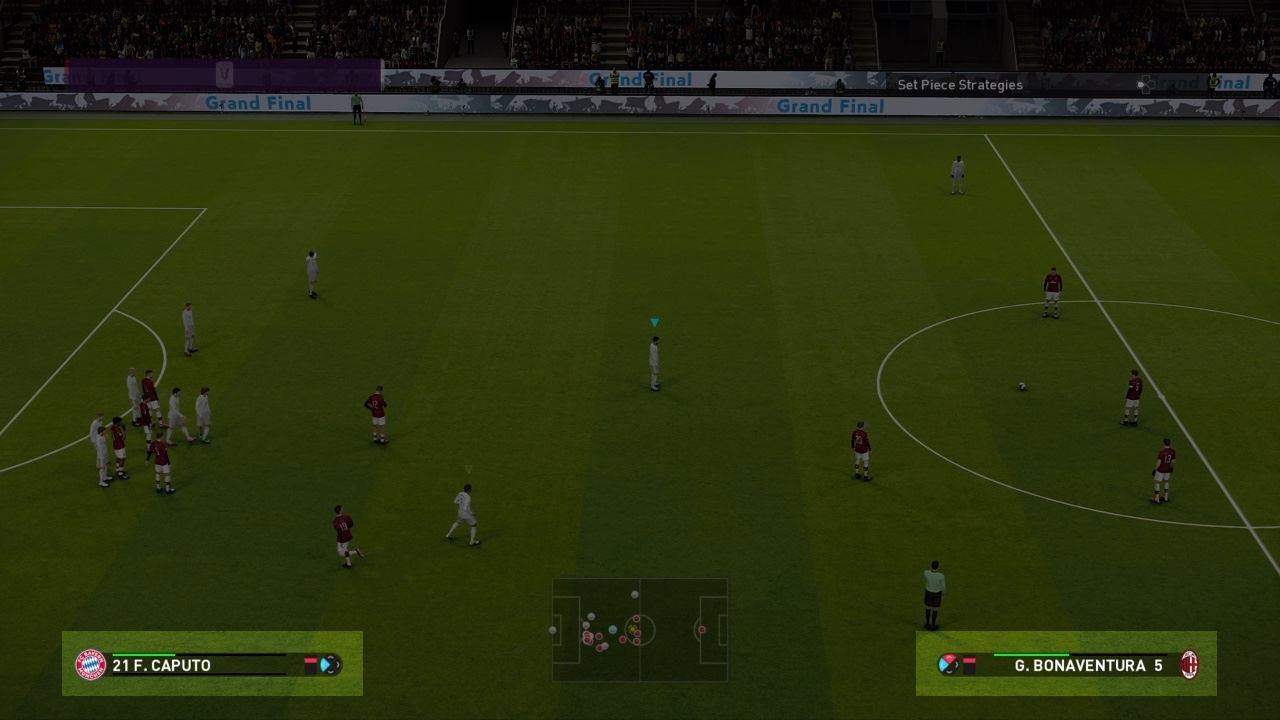 Don't forget that you can change Attack/Defence levels at any time by double-tapping UP (using the d-pad) to go all-out attack or DOWN to go all-out defence.

Sometimes it's wise to go for a defensive mindset when you are trying to secure a lead or if you're feeling too much pressure from the opposition. I also tend to set it if I see my players missing several easy passes in a row after I scored a goal.

You can go all-out attack when you feel like you have nothing to lose or if you're trying to score a goal in the last moments of a game. Keep in mind that even your defenders will run towards the opposition's box, leaving huge gaps for the opposition to exploit.

There are 2 levels for each mentality - I suggest you only go "Full red" if you don't have much time left to score an equalizing goal.

Sometimes your opponent will go red right from the beginning - when this is the case, I often match my level according to his.

Back to Gameplay Tips